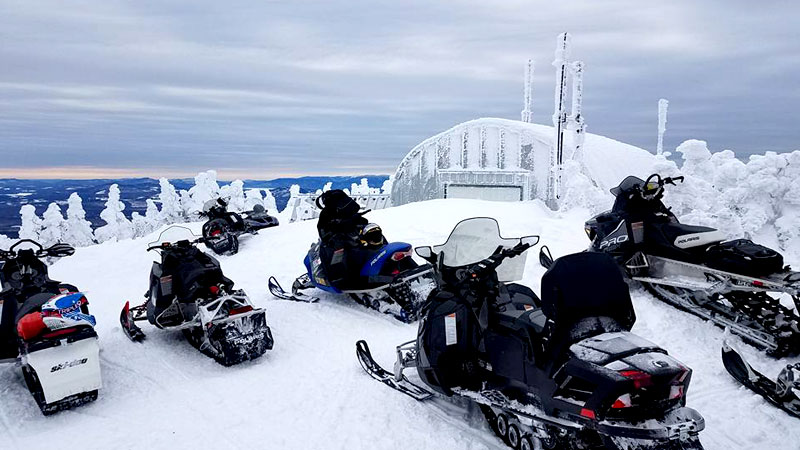 While Maine’s Interconnected Trail System (ITS) has trails that seem to go to the end of the earth and back, they also cover quite a bit of the Maine's Kennebec Valley. In between these snow superhighways, are local trails that simply defy description. By putting trips along this system together with some local favorites, we have assembled our top 5 Kennebec Valley Snowmobile rides (plus a pretty cool bonus ride too).

Bonus Ride: The B-52 Crash Site In early 1963 a USAF Boeing B-52C Stratofortress was tossed about in turbulent crosswinds ripping off the tail of the massive aircraft which sent it plunging into Elephant Mountain just outside of Greenville. The site, still riddled with large pieces of debris from the crash offers a memorial with some details of the event. To get there, find a map and make your way to the ITS 110 utilizing the ITS 86, then look for the yellow diamond signs that will mark the way to the site.

Snowmobiling Advice Always remember when you decide to spend time traversing the Maine Woods: much of the land you are traveling on is not state or public land, but belongs to private landowners who have agreed to allow recreational use of their property as they manage timber, resources, and wildlife.

< Back to Blog Posts
Events

Join us for the 2022 Moose Permit Lottery Drawing and a day of fun-filled activities celebrating our...