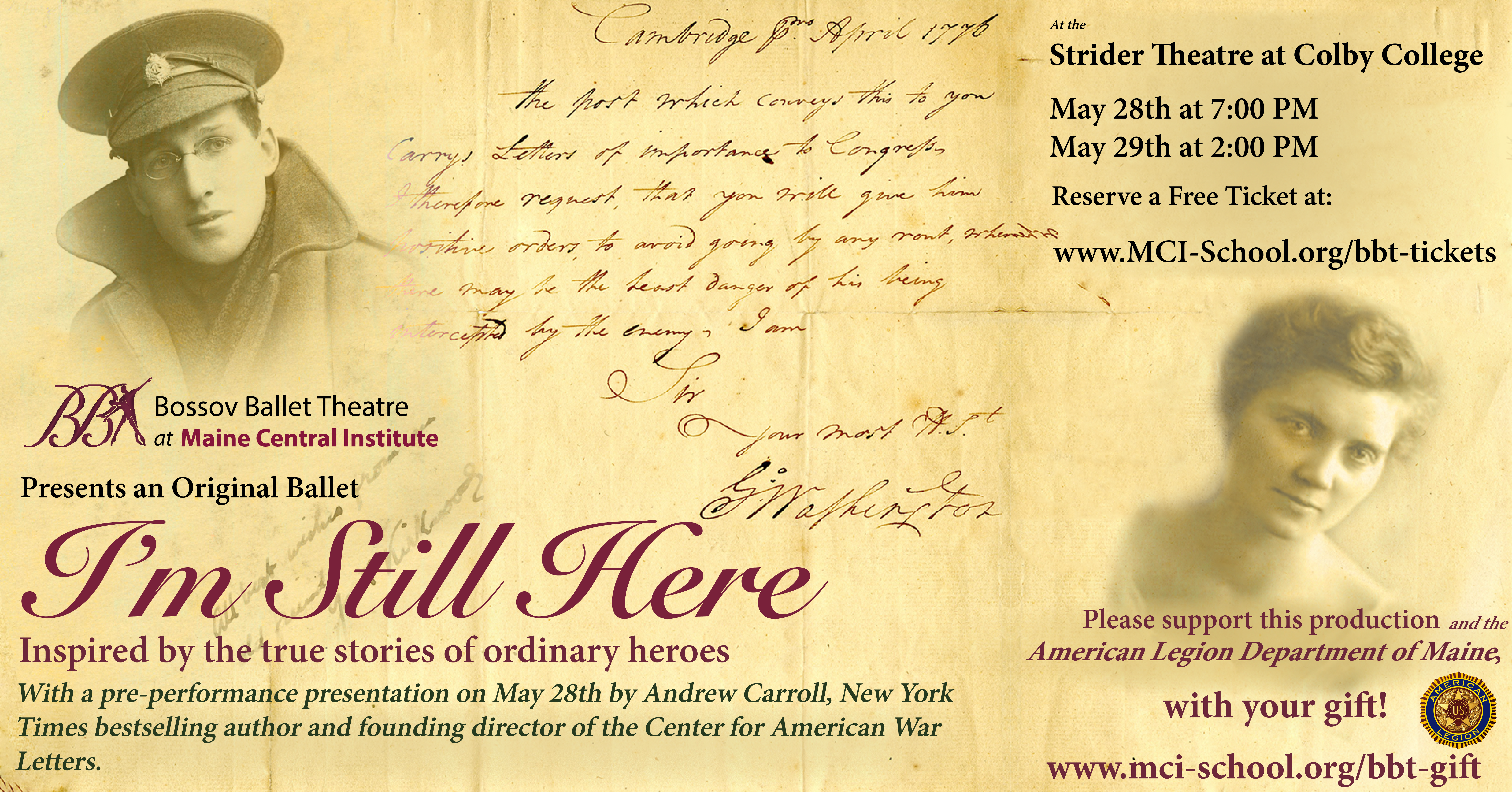 New York Times bestselling author and founding director of the Center for American War Letters, Andrew Carroll, will provide a pre-performance presentation at the Bossov Ballet Theatre (BBT) performance of their original ballet, I’m Still Here, at the Strider Theatre at Colby College, over Memorial Day weekend. Inspired by Carroll’s book, War Letters, BBT Director, Natalya Getman’s original creation is an imaginative response to the last letter written by 21-year-old Lt. Tommie Kennedy to his parents, knowing that he was not going to live to see them again. Kennedy had endured the Bataan Death March in the Pacific during World War II, and he was a prisoner of war for almost three years living often on “hellships” with little food or water. The original letter was written on the back of a family photograph he had managed to conceal, and he gave the letter to a fellow POW before escaping to the ship’s deck and jumping overboard to end his misery. The letter was passed along a chain of friends until it eventually made it home. Carroll will show the original letter as part of his presentation on Saturday, May 28th.