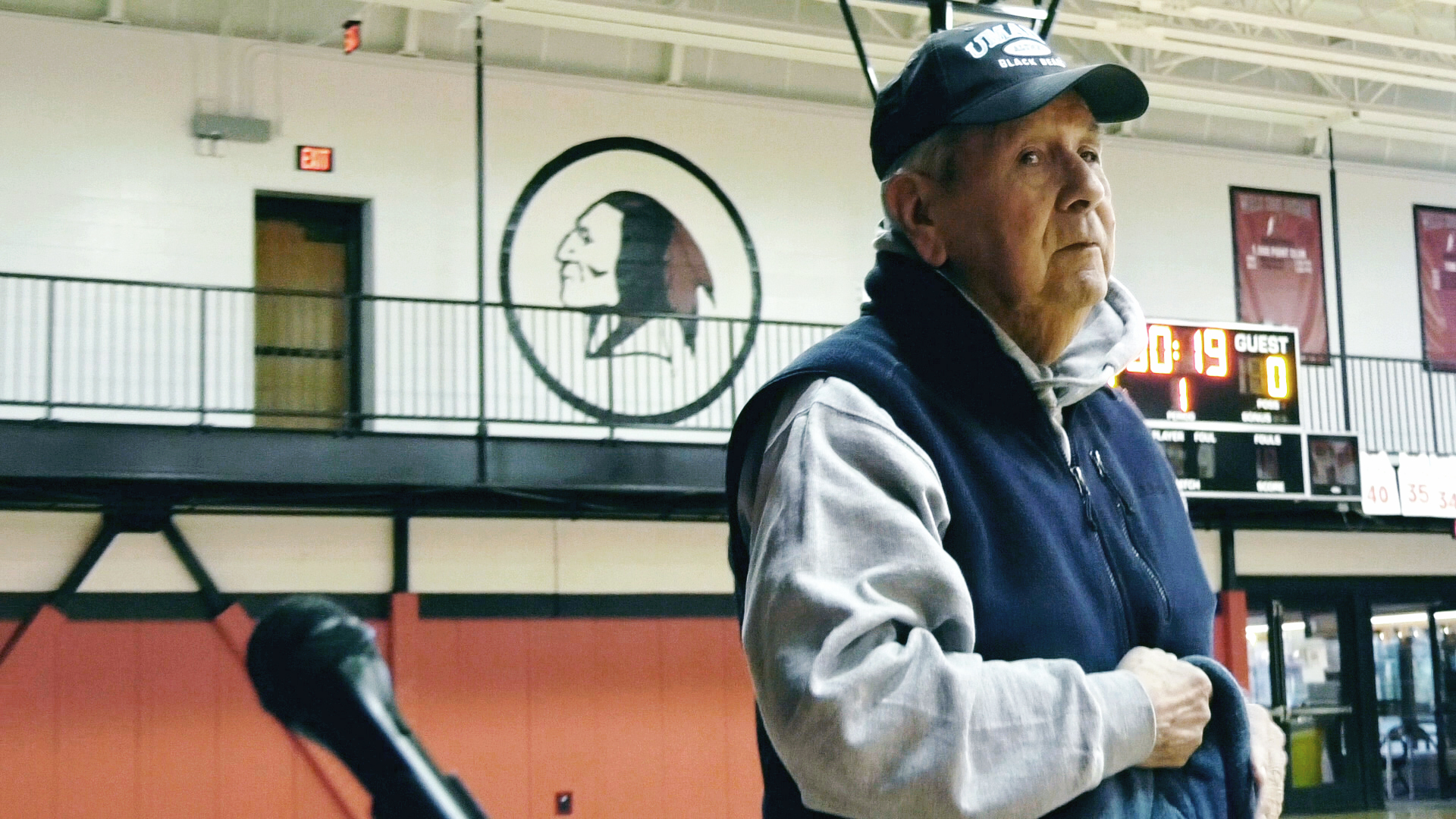 Join us for free online work-in-progress screenings of "We Are the Warriors" January 5th through 16th. Q&A with the filmmakers at 5pm on the 16th.

As the harmful phenomenon of Native American mascots continues to be challenged nationally, public school systems are addressing their own use of Indigenous team names, icons, and imagery. We Are the Warriors is a documentary following residents of Wells, a small town in Maine, as they take on this polarizing issue after facing public allegations that Warriors football fans mocked Indigenous culture. The school district investigates the incident and forms a Mascot Advisory Committee to hear Wabanaki perspectives and consider the fate of their beloved mascot.

The film’s Co-Directors, both graduates of Wells High School, gathered interviews and insights from residents of Wells and Wabanaki people from what is now Maine, Québec, and the Canadian Maritimes. Revelations about the town’s brutal colonial history and difficult conversations about the actual impact of the intended honor were key to changing hearts and minds of committee members. The film highlights evolving opinions of residents with a secondary focus on the history of the region, and after months of informed consideration, the committee votes to recommend retiring the mascot to the school board and the policy is adopted.

To register for free online screenings of a work-in-progress edit and information on how to support the completion of this film by making a contribution, visit www.wearethewarriorsfilm.com. The film’s fiscal sponsor, Documentary Educational Resources, recently launched an Indigenous Studies Initiative with the objective of contextualizing and decolonizing their catalogue of ethnographic films. Learn more at www.der.org/blog.