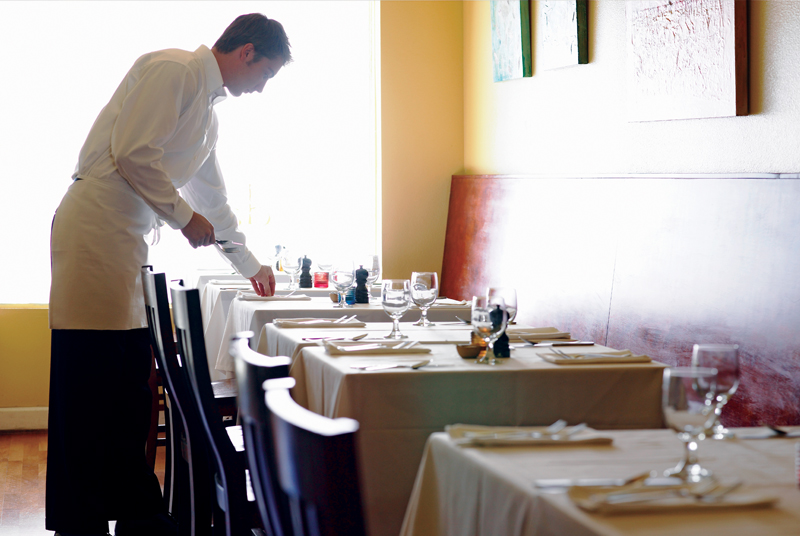 From the Main Streets to the backroads, taste abounds here.

America travels on its stomach and we’ve got miles and miles of roads in Kennebec Valley. Leave room for the plethora of goodies served up here, set your GPS and loosen your belt for these distinctive Maine bites.

Diners. Something for everyone

Belly up to the counter, grab a coffee and dig into eggs-any-way, corned beef hash, hashed browns, and then some. These are what diners are supposed to be. Augusta House of Pancakes, Rebecca’s Place, and Downtown Diner sling classic diner fare. So does Farmingdale’s Hi-Hat. Try Bee’s Snack Bar in Winslow, Holly & Doug’s in Norridgewock, and Purple Cow House of Pancakes in Fairfield. Erik’s in Waterville offers a Bloody Mary with your omelet, and you can get anything you want at Alice’s Restaurant in Skowhegan. For brunch, there’s Oakland’s Riverside Farm Market, which serves a crab Benedict to die for or Silver Street Tavern in Waterville

Frosty’s is Gardiner’s donut destination. Augusta has Doc Hollandaise, with over 30 varieties of crazy-flavored donut concoctions. Dip into Hillman’s in Fairfield as well. For a more fancy breed of pastry head to The Bankery in Skowhegan

Road warriors don’t skimp on lunch. Go big with plate-sized sandwiches at Big G’s in Winslow, enjoy Jersey-style bagels at Augusta’s Bagel Mainea, or try the Red Barn for the best, fried seafood around. Damon’s in Augusta and Day’s Store in Belgrade serve up a famous “Italian” sandwich. In Skowhegan,
Kel-Mat Cafe has salads and Old Mill Pub sports a view to go with its local brews and pub fare. In Gardiner? Stop by Lisa’s Legit Burritos or the Food Co-op, as both do lunch well. Juiced in Hallowell offers healthful eating.

Try Thompson’s in Bingham. You can easily blow by this place unless it’s meal time when the street is all parked up. Central Maine Meats in Gardiner is the place to pick up some of top chops and bacon to take home. Then take a ride up to Maine Maple Products in Madison. Jorgenson’s and Selah Tea in Waterville have great coffee, tea, and treats while Main Street neighbor Itali-ah Market and Restaurant serves wood-fired pizza, gelato and bellisimo espresso.

Gardiner’s tidy little downtown offers up a few of our favorite dinner spots, including Pastaz, Depot Sports Pub, and A-1 Diner—a classically-styled joint that has turned “diner” into “dinner.”

With downtown Augusta on the rise, we want to tip our cap in the direction of Downtown Diner, and Riverfront Barbecue. Sweet Chili at the Augusta Airport surprises for a tasty Thai dinner. Finally, Cloud 9 at the Senator Inn & Spa is a retreat from everyday dining.

Hit Waterville’s jackpot. From the Last Unicorn to 18 Below’s raw bar, there is no going wrong. Amici’s Cucina for Italian, Proper Pig is a carnivore’s dream, and Itali-ah’s pizza and fresh pasta astound.

Skowhegan’s mainstays: Ken’s Family Restaurant and Heritage House have pleased palates for years. M-Thai is always packed. In Belgrade, the Village Inn’s duck is famous and Sunset Grill is favored for casual dining.

In The Forks try The Boatman’s Bar and Grill, or Riverside Pub. Stop by the Hawk’s Nest for pub grub overlooking the Dead River.

Downtown Augusta is booming with Cushnoc Brewing Company. Nearby, is Two Gramps Brewing in Gardiner. Oak Pond Brewing and Bigelow Brewing hold the fort in Skowhegan, both making tasty ales. Sit down for a pint at the Old Mill Pub in town. September brings with it the Skowhegan Craft Brew Fest,
where you can sample dozens of Maine-made beers. Hallowell’s The Liberal Cup offers an ever-rotating menu of English-style, house-made beers, as well as The Quarry Tap Room, “Maine’s deepest watering hole.” The Maine House is a craft cocktail bar using Maine-made spirits and eight taps for local beers. Kennebec River Pub & Brewery, at Northern Outdoors Adventure Resort in The Forks, make great seasonal brews. Waterville Brewing Company and Mainely Brews anchor opposites ends of downtown Waterville with local beers on offer.

Stop in and stock up at Fairfield’s Meridians, selling craft beers, wines and food to go with them. Tree Spirits makes wines and absinthe in Oakland. Gardiner’s Sebago Lakes Distillery is making fine rum. A little further afield in Unity, stop by the tasting room at Younity Winery, in season.

Brewery, Winery or Distillery
Augusta is burgeoning with Cushnoc Brewing Company and the nearby Two Gramps Brewing (also grab a bite) in Gardiner. Over in Pittston visit...

Farmers' Markets
Fill Your Basket at a Farmers’ Market Bright and colorful signs advertise the “freshest corn ever,” apples that bite back, and brilliantly...

Visit Our Downtowns
Downtowns in Maine are a center of activities, businesses, and entertainment. There’s always a concert to attend, store to explore, an...

Restaurant or Cafe
Whether breakfast, lunch or dinner, a meal out in Gardiner, Hallowell, Waterville, or any of the towns of the Kennebec Valley is...
4
Loading...
[6 of 4]
You Might Like

Buen Apetito
Buen Apetito Mexican Grill specializes in delicious Mexican Cuisines at reasonable prices. We use nothing but fresh ingredients in our foods...

The Liberal Cup
The menu at The Liberal Cup hasn’t changed much since their opening; their regulars won’t allow it. One time with the Fish & Chips, Drunken...

Kennebec River Pub & Brewery
Northern Outdoors is the only white water rafting and adventure resort with its own brewery! After your day of fun and adventure, relax and...

Jin Yuan
Full Bar & Lounge with great tasting Chinese food and prices. Come check us out. Your first visit, won't be your last!

A1 Diner
Everyone who has been to the Diner has a diner story. Now, Sarah A1 Diner Book CoverRolph has collected the best of the best in her new...
Loading...
Show More ▼