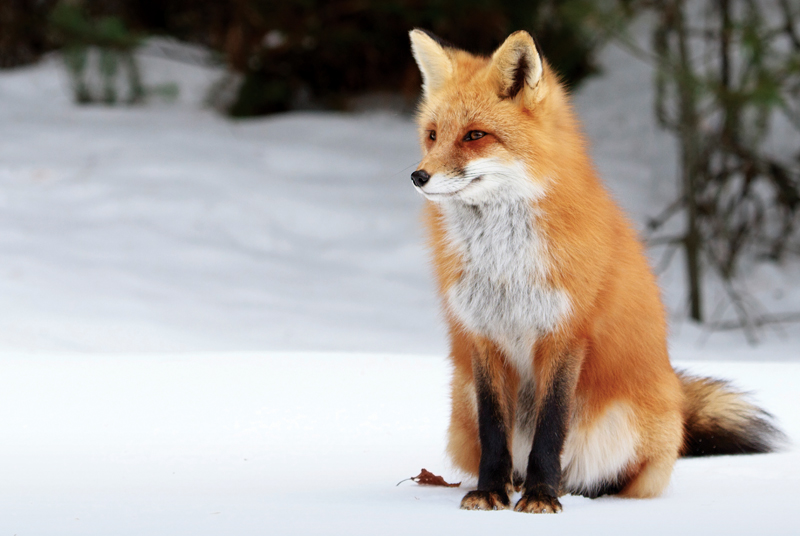 Mostly moose, but there are so many other critters to spot.

While we make no promises, there are more chances to spot what you are looking for if you are well prepared. For some, it is as simple as grabbing a pair of binoculars and heading out to the woods on foot or atop an ATV. Another way to go would be to find an organized wildlife safari where the organizer can take you and your group to a known “hangout.” Finally, for the die-hard spotter, connect with a Registered Maine Guide with tracking skills who knows the terrain, the habitat, and the habits of the critters you desire to spot.

A spot of advice on spotting a moose.

Here in the Kennebec Valley, the animal watching advice is mostly offered to those looking to track down and spot one of our majestic Maine moose. Based on what we have seen and heard over the years, we can give you great advice on the whereabouts of the massive animals.

When to: The best times to spot moose are at dawn and dusk from mid-May through July, after the snowy winter has passed, when they come down from higher elevations to feed on tender shoots. Moose are browsers rather than grazers. They obtain most of their food from aquatic and marsh plants such as horsetails and pondweed. Moose also eat grass, lichen, plants growing on the forest floor, peeled-off bark, and leaves from willow and poplar trees.

There is nothing quite like spotting a male (bull) with a fully formed rack. Because their racks have grown in, the prime time to spot a set is in the autumn is during the fall rut (breeding season). Seeing a moose at that time is a real treat because, not much later in the season, they will shed their antlers. Hikers lucky enough to find deer, or even better, moose antlers (called sheds) should consider this a rare find.

Where to: Because of their massive size, moose find it easier to move about in open areas—making it fairly easy to spot one, if you are fortunate enough to be at the right place at the right time. They can often be seen licking up salts along logging roads, diving for dinner in wet boggy areas, hanging out in
gravel pits, and clip-clopping down hiking or snowmobile trails.

Those looking for moose will have better luck in the more rural parts of the region. As a rule of thumb, the further north you go, the better. The area around Jackman is prime moose spotting country, including anywhere along Route 201 from The Forks to the
Canadian Border and on Route 15.

It goes without saying that you should have your camera ready. If you are in your car, stay in the car. Give them all the room they need. If you have never seen one of these large members of the deer family up close, you cannot imagine how big an animal it is. Mature bulls can weigh over 1,000 pounds and are about 7 feet tall at the shoulders. So if you see that flashing moose sign on the highway, stay alert! And remember, a moose is a wild animal that deserves our respect.

To improve your chances of spotting the elusive moose, contact an outfitter that specializes in moose-watching tours, also known as moose safaris. You’ll have the opportunity to safely and comfortably view these magnificent creatures, and the other wildlife that might be encountered along the way, as you learn about moose habits and habitat. Alternatively, you can contact a Maine Registered Guide who specializes in moose hunting to serve as a guide for your own private adventure.

Spotting some other animals.

With hundreds of thousands of acres of forested land, the Kennebec Valley is home to dozens of species of mammals ranging from white-tailed deer to several of those seen less often, including Black Bear, Canada Lynx, Moose, Bobcat, Fox, and most if not all of the smaller fur-bearers. While disputed, it’s been said there have even been sightings of a cougar.

Birding in the Kennebec Valley.

The Kennebec Valley is a haven for birds and for birders as well. With 275 identified species populating many locations here, our waterways, bogs, farmland, and forested mountains make for excellent birding.

Augusta’s Viles Arboretum is a treasure, with 165 documented species. Other popular in-town locations up and down the river include the waterfront in Gardiner, the Kennebec River Rail Trail, and the Hallowell waterfront. Around Waterville, check out Fort Halifax Park in Winslow and the campus of Colby College.

Just north of Fairfield, the Shawmut Dam is a birding hot spot, as is the entire area of Belgrade, from the hills in the north to the bog and stream at Messalonskee Lake’s southern end. Further north, be sure to visit the Appalachian Trail’s intersection with the south end of Flagstaff Lake.

Bird Watching
With its great wealth of undisturbed boreal forests and plentiful wetlands, Maine's Kennebec Valley is home to many species of migratory and...
2
Loading...
[6 of 2]
You Might Like

Pine Grove Lodge & Guide Services
Experience the wilderness and beauty of Maine's mountains and lakes with a tour by truck or boat! On Land: Bob Howe, Master Maine Guide of...
Loading...